marzo 28, 2011
Extremadura is world famous as a destination for birders and each spring people come from many countries to visit Monfragüe National Park to enjoy the spectacle of vultures, eagles and Black Storks, as well as going to the plains near Trujillo and Cáceres for Great and Little Bustards, sandgrouse and other open country specialities. Most also visit the reservoir of Arrocampo near the town of Almaraz to see Purple Heron, Purple Swamphen, Little Bittern and other wetland species. Not many realise that just a few minutes from the reservoir is one of the best orchid areas in the province of Cáceres: the Cerro de Almaraz. We went there last Sunday, grabbing a couple of hours of quality family time during our peak season for guests. There is an orchid trail, taking one through a landscape of olive groves on a chunk of limestone, an unusual bedrock in the province. Hence the orchids. The first impression are the hundreds and hundreds of spikes of the Naked Man Orchid (Orchis italica), dominating tracts of orchard and the verges. They are very robust and vary in colour from almost white to dark pink. 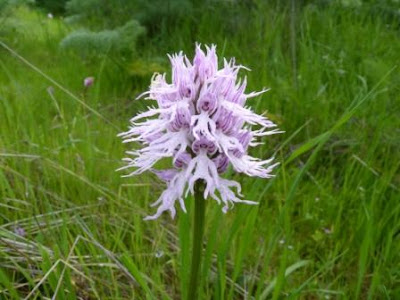 Almost as common was the Conical Orchid (Orchis conica). 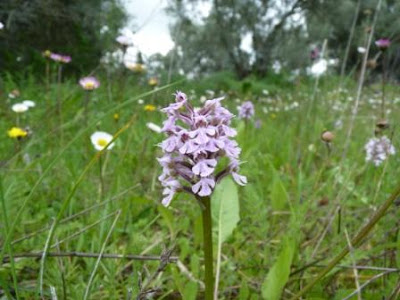 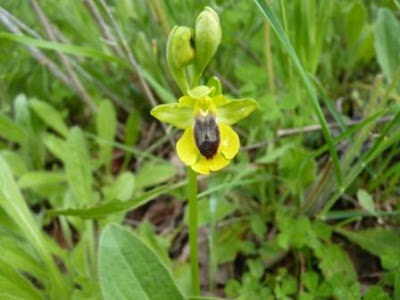 and like the gorgeous Mirror Orchid (Ophrys speculum) we found lots once we had got our eye in to their scale - little clumps and much smaller than the Naked Man Orchids. 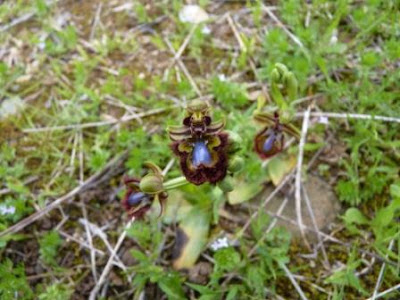 Patrick also found some Champagne Orchids (Orchis chamapgneuxii), a species that also occurs on our more acidic soils around our village, 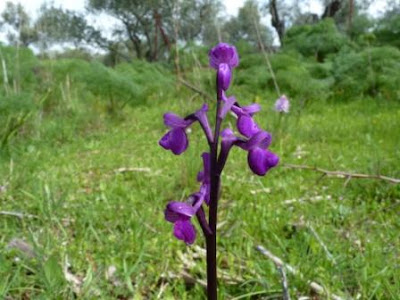 as does the very beautiful, highly variable and quite widespread Sawfly Orchid (Ophrys tenthredinifera). 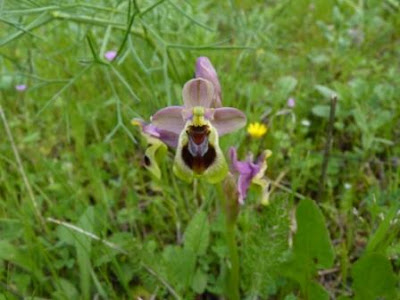 We also found the showy Pink Butterfly Orchid (Orchis papilionacea), a species which also occurs near our village. 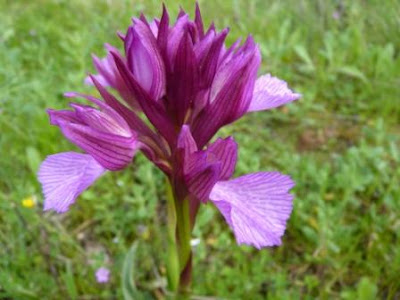 I was very pleased to show Patrick a few Fan-lipped Orchid (Orchis collina) - sometimes known as Hill Orchid, which flowers early so it is the end of the season already for that species. 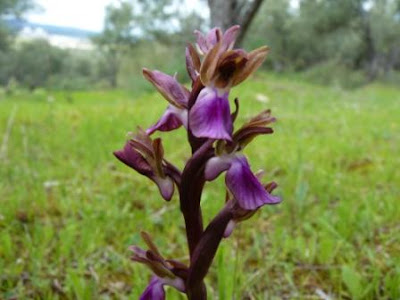 We did not find Woodcock Orchid (Ophrys scolopax), which we did see last year, but perhaps it is a bit early for it this year. Still, we were delighted with our list of eight species, found within just a couple of hundred metres of distance in little more than half an hour.
Orchids Extremadura

Anónimo ha dicho que…
In any proceeding to determine the value of the property, the value of every article shall be discovered in order that judgment for such worth may be be} entered. If the operator of a recreation promotion has obtained a surety bond in lieu of building a trust account, the quantity of the surety bond shall equal at all times the whole quantity of the prizes provided. The date, hour, and place the place the winner will be chosen and the prizes will be awarded, unless the brochures, advertisements, notices, tickets, or entry blanks are not provided to the general public} more than three days prior to the drawing. Upon determining a winner, the caller shall ask, “Are there another winners? ” If no one replies, the caller shall declare the game closed. No other player is entitled to share the prize unless she or he has 코인카지노 declared a bingo prior to this announcement.
6 de diciembre de 2022, 7:49 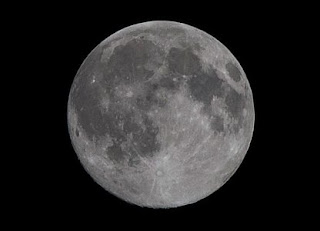 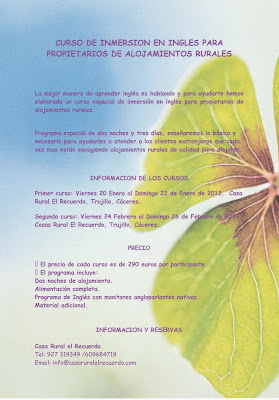